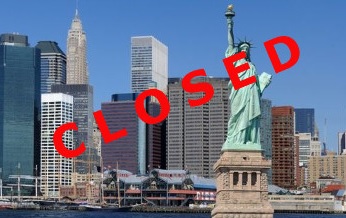 DraftKings and FanDuel have reached a settlement with New York Attorney General Eric Schneiderman, putting an end to a months long legal standoff that saw both companies defy a cease and desist order issued by the AG’s office. The agreement will see both companies immediately withdraw from the lucrative New York daily fantasy market, effective until September, when the appeal over the legal standing of DFS in New York will be heard.

The settlement stipulates that IP addresses within the state of New York will be blocked, with paid contests shuttering as well. Both companies have been instructed to process payout requests for users with remaining balances within 7 days of the payout request. As of now, there appears to be no deadline for these requests to be made.

Both operators are not out of hot water, as the key claims against both (false advertising and consumer fraud) are not effected by the agreement, as evidenced by this statement from AG Schneiderman;

I’m pleased to announced that both FanDuel and DraftKings will stop taking bets in New York State, consistent with New York State law and the cease-and-desist orders my office issued at the outset of this matter. As I’ve said from the start, my job is to enforce the law, and starting today, DraftKings and FanDuel will abide by it. Today’s agreement also creates an expedited path to resolve this litigation should that law change or upon a decision by the appellate division. Regardless, our key claims against the companies for false advertising and consumer fraud are not affected by the agreement and will continue.

With a clear eye on paving the way for legislation, a number of bills are already being tabled. One is expected to bear fruit, Bill S 6793, sponsored by the head of the Racing and Gaming committee, Senator John Bonacic. The main provisions state that in order to become a licensed operator, a one time fee of $500,000 must be paid, which can be applied in whole or part against an operators tax obligation for the 36 months after receiving a license. Licensee’s would be taxed at a 15% rate on gross revenue received from New York based players.

What fallout will become of this event? If the Poker boom is any indication of how things will turn, we wouldn’t be surprised in the least bit to see DraftKings and FanDuel merge before next football season.

You can read the entire FanDuel Agreement here while the DraftKings Agreement can be found here.