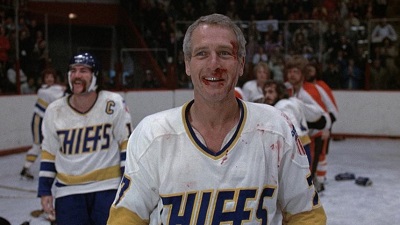 When a goal is scored in hockey, it is the culmination of the efforts of all players currently on the ice. This combined effect generally leads to more than one player reaching the score sheet. As such, it is paramount that when building your NHL daily fantasy lineups, you include players that are line mates in real life.

The desired effect of such a strategy is to ensure that when one of your players earns you fantasy points, his line mates are also doing the same for your team.

Our NHL player projections are built off of this mindset, that when one player scores a goal, others on his line will accumulate stats to the benefit of your DFS lineup as well. Correlated scoring is all the rage in winning a hockey contest, and we exploit this to the fullest.

Giving out optimal lineups is not our thing, as we prefer to have our players entering contests with their own unique interpretations of our numbers. In doing so, our projection model ensures that everyone won’t have the same NHL Picks night in and night out. After all, what good is a winning lineup if every other player has it as well.

Start by placing some affordable priced high value players, look for line combinations that don’t break the bank but have a positive upside, you’ll find these players manning the 2nd lines and power play units. By using these valuable second liners, you’ll then be able to splurge on consistent top line. A balanced team has stars and unsung heroes, both of which are accounted for in our numbers.

Your defensive pairings should focus only on 1st and 2nd line power play quarterbacks. You want the D-Man that will touch the puck before his forward puts it in. Although we project for all players, you’ll notice we won’t be placing many defense men high on the list if they aren’t seeing time on the Power Play.

We highly recommend focusing on players with a high projected fantasy point total when entering 50/50’s and Double Ups. Avoid the players showing too much value, as the risks that they succeed are far greater than a more consistent player. Since the way to win an NHL Cash Game is to enter a lineup that beats have of your competition, you can look past finishing in 1st place and instead look to build a consistent team with mid range ownership percentage.

Doing so will give you a low ceiling, but a high enough one to place in the money. Chances are you won’t be able to fit only consistent performers in to a cash game lineup, so you’ll need a value play or at most two of them to come in under the salary threshold.  Look for cheap priced players that have a value around 5.0, slot them in, and hope they perform as expected.

Guaranteed tournaments are an all together different beast, demanding that you take risks. The player that wins you the top prize will be the player that few people own, you’ll find these players by sorting our Value column.

Use at least 4 players with a projected value of 6.0 or higher. The ceiling will be high, but this is the only strategy that will produce wins when entering hockey GPPs.  If you’ve built a strong lineup and have money left over to spend, don’t fret, as again you’re separating yourself from the pack by saying high dollar spent doesn’t produce big winners.

We factor the betting market in to all of our projections, so you don’t have to search out the games with a high projected total score. Look no further, you’ve found your home rink at the fantasy hospital.